I am thrilled to announce that the second edition of Data Science from Scratch is now available! (buy from Amazon or your other favorite bookstore, or read on Safari, or get a PDF from ebooks.com it looks like.)

It's been almost exactly four years since the first edition came out, and over that time it's helped dozens of people learn data science, Python, or possibly some combination of the two.

However, the first edition used Python 2.7. And as time ticks by, I've been feeling guiltier and guiltier about having a book out there with my name on it that tells people to use Python 2. Because in [current year], you should not be using Python 2. Stop using Python 2! 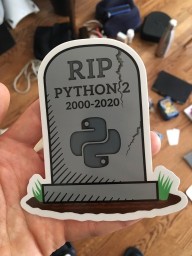 Eventually I realized that the only way to clear my conscience was to prepare a second edition that advocated for Python 3. Accordingly, the new edition is based on fresh, clean Python 3.6. (Except for a standalone section on dataclasses, which is based on Python 3.7, for obvious reasons.)

But since I was already in there fixing things, I decided to really fix things:

Also, the cover looks extremely different, as O'Reilly has completely changed their design language. So if you are an O'Reilly cover completist you might also want to get it. 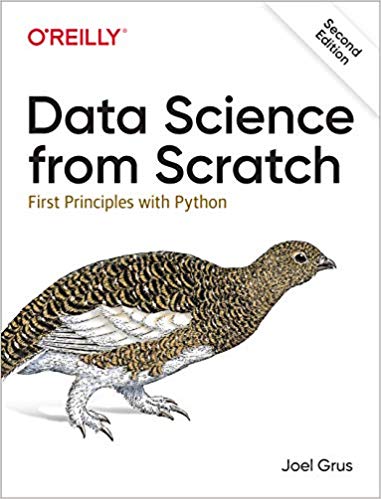 Anyway, I am extremely thrilled to share the new edition with you and (in particular) to no longer have a Python 2 book out there with my name on it. (I mean, the first edition is still out there, and I'm sure I'll still be fielding errata about it until the sun burns out, but at least now it's officially defunct.)